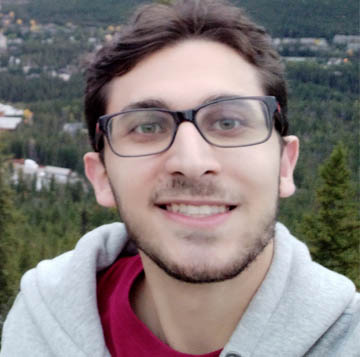 Declaring a major in mathematics was a natural choice for sophomore Mark Helman. “I’ve always had some affinity for math, and I have always liked to solve hard problems,” he said. “My favorite thing about the Math major is that we are always learning how to solve very abstract problems, and there’s always something new to prove or discover. If you like high-level reasoning and challenges, this is definitely the right major.”

Mark has been conducting research with Rice’s David Damanik and Selim Sukhtaiev and alumni Jake Fillman, who is now a professor at Texas State University. “We want to identify under what conditions a phenomenon called ‘Anderson localization’ happens,” Mark explained.

American physicist Philip Anderson was awarded the Nobel Prize in 1977, in part for his work on localization phenomena. His seminal work described how certain materials can undergo a phase transition from conductor to insulator when the disorder in the system passes a certain threshold. This transition is associated with the localization of electrons — they are no longer spread out over an entire lattice, but have instead become localized in space. 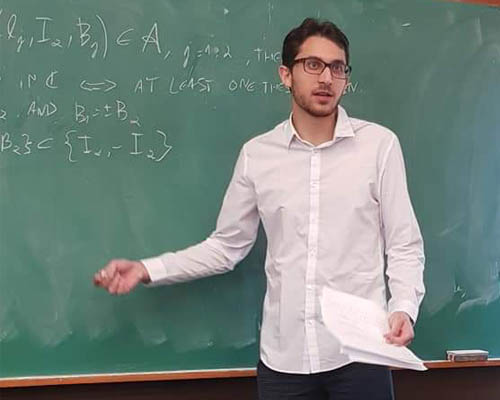 This can happen in lattices with a lot of disorder, for example semiconductors that have impurities or defects. In an ordered lattice, electrons can tunnel between neighboring lattice sites. But when there is a sufficient amount of disorder, the quantum amplitudes associated with the tunneling paths interfere, canceling each other out and leading to a localized wavefunction.

Since the original finding, researchers have conducted numerical and experimental studies of Anderson localization in 1D. “Even though the subject of our research has already been studied by other people, we were trying to prove something that nobody had proved before,” Mark said. “We were actively creating new mathematical knowledge.”

That new knowledge came from their efforts to classify the types of interactions in a 1D model that have a positive Lyapunov exponent—a mathematical quantity that relates to the predictability of a dynamical system. “We were trying to find some examples of families of 2x2 matrix sequences that created a positive Lyapunov exponent in our model,” Mark explained. “But we ended up being able to classify all the possible families that have that property, which is a much stronger result than we expected.”

Mark enjoyed being part of the research team and the relationships that he built with his faculty mentors. “The professors took us very seriously, giving us a part of the research that was still open for us to solve instead of something purely computational or already done. They were always open to discuss any questions we had about our research, even outside of the time they reserved for our meetings.”

In fact, Mark has found that this open-door policy extends throughout the entire Math department. “The dynamics of the department work in such a way that one can meet any of the professors, grad students and other undergraduates during their time at Rice. We all end up taking some classes together or bumping into each other in the hallways or our Math lounge, and the professors are usually open to chat in their offices at any time. This all creates a very welcoming environment,” he said.

This sense of community and support is something that Mark has found campus-wide at Rice. “Rice not only has top-notch academics, but also a huge amount of resources to help students outside of academic life. This includes resources for career planning, mental health, leadership, financial advising, health counseling, and many more. This creates a huge safety net for all students so that nobody has to struggle alone, and everyone gets the support that they need.”

Mark will keep tackling challenging problems in Rice’s math department until he graduates, at which point he plans to pursue an advanced degree in mathematics.