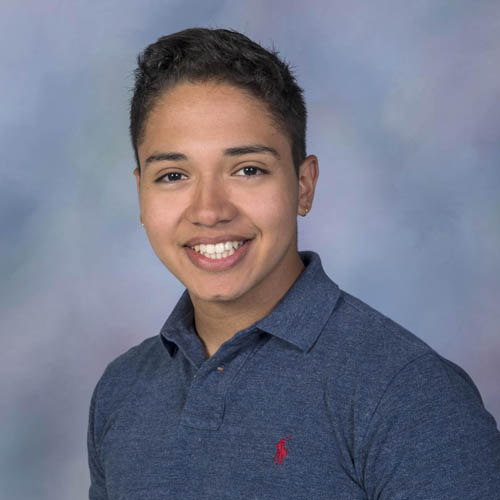 From influenza to HIV to hepatitis, viruses cause many of the world's deadliest acute diseases. Without the option of antibiotics, the most dependable way to prevent viral infections is vaccination. Vaccination introduces noninfectious antigens to the body, prompting the creation of antibodies specifically designed so that if the actual, full-strength virus is encountered, the immune system already has the tools to fight it. The problem is that viruses mutate. Antibodies are not able to identify and bind to their altered surface proteins. One striking example is the flu. Every year, a new flu vaccine must be created based on scientists' predictions. With its varying arrangements of surface proteins like hemagglutinin and neuraminidase (the source of the H and N in names like H1N1 and H3N2), antibody response to influenza has been ineffective. Rice undergraduate Hector Chaires '19 is working in the lab of Harvard Medical School's Stephen C. Harrison to address this problem.

Chaires started gaining research experience his freshman year when he began working with George Phillips, Rice's Ralph and Dorothy Looney Professor of Biochemistry and Cell Biology. His ongoing work with Phillips involves analyzing the structure of beta-lactamase — an important enzyme in antibiotic-resistant bacteria — and its inhibitors. Specializing in structural biology, Chaires focuses on the shapes and structures that form biological molecules like beta-lactamase, hemagglutinin and other important biological macromolecules. Chaires joined the Harrison group during summer 2017 as a Howard Hughes Medical Institute Exceptional Research Opportunities Program fellow with the hope of broadening his experience in structural biology by solving the mysteries of antibody production in response to antigens.

Tracking specific structural features of an antibody to their ancestral lineage is an important first step toward characterizing how antibodies are created in response to antigens. In one of the team's studies, rhesus macaque monkeys were exposed to influenza and their serum analyzed to find something unique. "Ultimately, we found a disulfide bond in the region that binds to hemagglutinin," said Chaires. "It's what we predict stabilizes the interaction between the antibody and hemagglutinin and what gives it such a high affinity for this surface protein of the virus." Building on studies like this and many others, they hope to understand how antibodies respond to multiple exposures to an antigen over time while also making use of rational antigen design.

Multiple exposures to a virus over time is one way that people can acquire high-affinity antibodies through antibody affinity maturation. Are the immune systems of people who naturally have antibodies that grant them broad immunity to multiple strains of a virus just genetically better? Or could they have been exposed to different strains of the antigen with just the right sequencing and timing to create a robust antibody?

"If we understand how our bodies are responding to immunogjns such as vaccines, we'll be able to conceptualize ways to rationally engineer the antigen to produce broadly neutralizing antibodies," Chaires said. In other words, if we could direct our bodies to make these cross-reactive, neutralizing anti-bodies, everyone might eventually able to have such wondrous immunity.

Rationally designing antigens to generate the desired immune response might be possible with an understanding of antibody affinity maturation. Viral surfaces are 'decorated' with glycans, or polymers of sugars, that can physically block antibodies from binding. Varying viral strains might have different glycans in distinct locations. "An investigator in our group put 40 years of influenza strains together. A normal strain would only have a few glycans, but this one had its entire surface decorated with glycans," Chaires said. "Our collaborators immunized mice with these strains, and then we are going to look at what antibody repertoire they produce." These tests could possibly lead to the creation of antibodies that can withstand many viral mutations, thus granting long-lasting resistance.

Understanding how antibodies and antigens interact is one way to work toward disease immunity. During his senior year, Chaires will continue working with Harrison, this time attempting to evolve cross-reactive antibodies that neutralize the most recent strains of influenza A — further understanding how antibody affinity matures in the body and perhaps leading to a successful therapy.