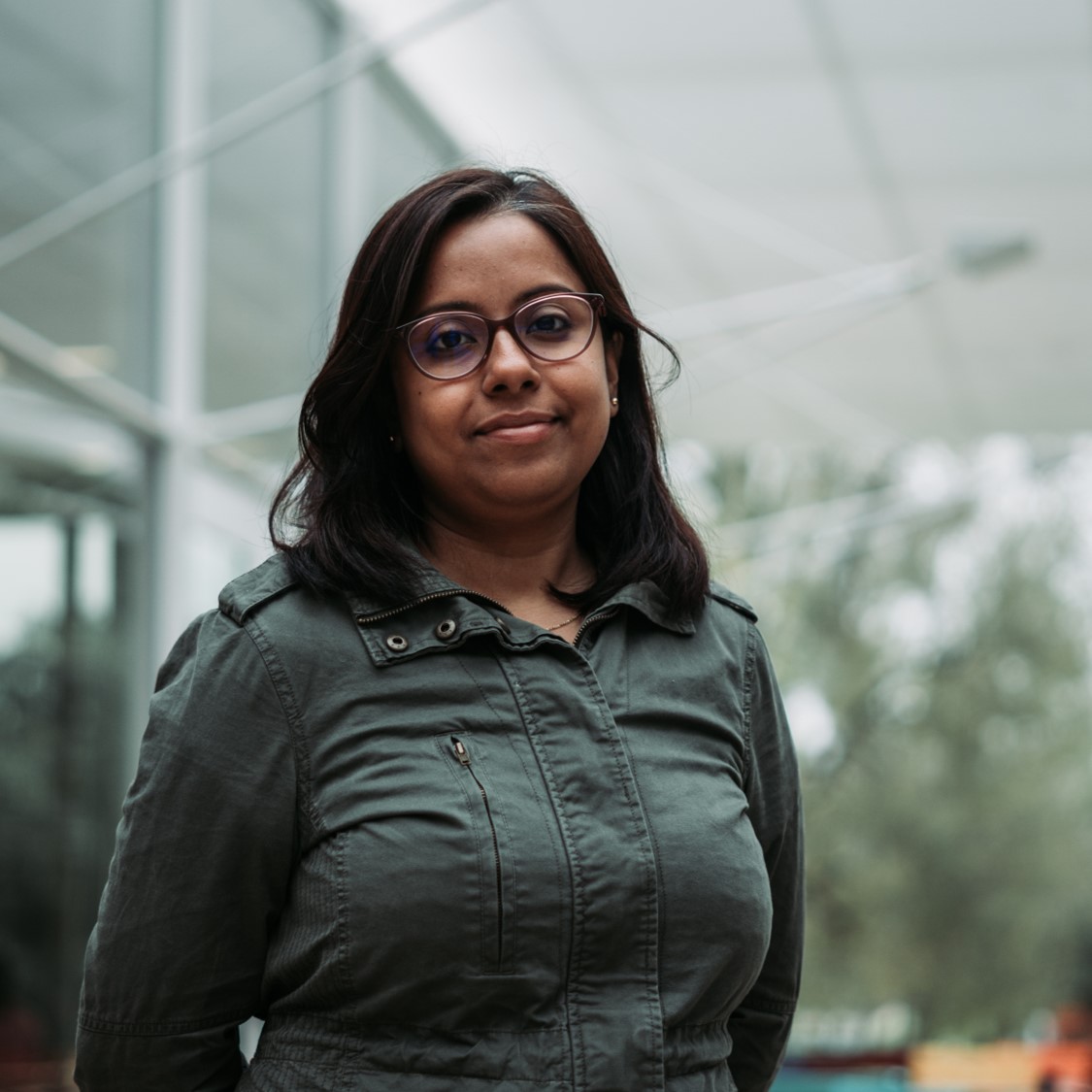 Softly luminous points of light present a strangely beautiful new view of cancer. As a postdoctoral researcher in Christy Landes’s research group in the Department of Chemistry, Suparna Sarkar-Banerjee uses images like these to study early endosomal dynamics in cancer cells. 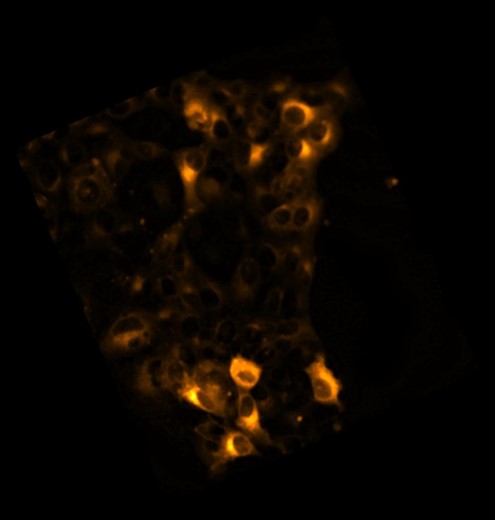 “Endosomes are just bags of lipids and proteins that cells use to ferry their cargo from the outside to deep inside,” explained Sarkar-Banerjee. Many different fates await these endosomes depending on their cargo and the needs of the cell. “The endosomes that are first being formed are called early endosomes. Some of these follow a path that will quickly recycle them back to the cell surface. Some are destined to go further inside the cell to deliver their cargo, for modifications, degradation, or recycling to surface via a different route, and these endosomes will be matured to late endosomes,” said Sarkar-Banerjee.

Researchers have found that endosomes play a major role in cancer progression. During cancer cell dissemination, cells lose important properties such as adhesion to other epithelial cells and to the underlying membrane called the basement membrane that holds the epithelium in place; they become mesenchymal stem cells and can migrate to other parts of the body. Sarkar-Banerjee applies advanced microscopy and spectroscopy to image early endosomes and investigate how their dynamic properties change during different states of cancer progression. 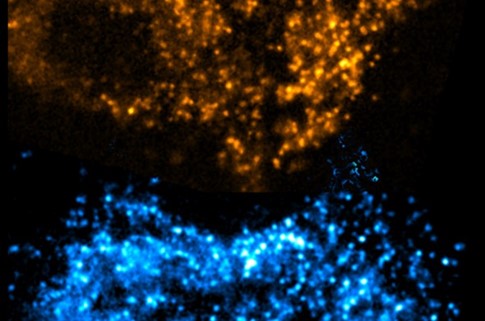 She captured the second photo using a combination of immunochemistry and specialized microscopy called TIRF. “First, we use a primary antibody that will conjugate with APPL1, another coat protein on early endosomes. Then I incubate my cells with a secondary antibody that is tagged with a fluorescent molecule, and that secondary antibody will bind to my primary antibody,” said Sarkar-Banerjee. “TIRF is a total internal reflection fluorescence microscopy. This microscope is home-built and customized by our lab,” Sarkar-Banerjee said. TIRF utilizes the bending, or refraction, of light as it moves from one medium to another, in this case from a microscope slide to the interior of a cell. If light hits the interface between two media at the right angle, it can bend so much that it reflects back out of the second medium without traveling far below the surface; this is called “total internal reflection.” The reflected light can then be focused by a microscope to create an image. “TIRF microscopy gives me the platform to image in higher resolution close to the plasma membrane near the surface of the cell where the early endosomes are located with minimal background noise from deeper below the surface.” 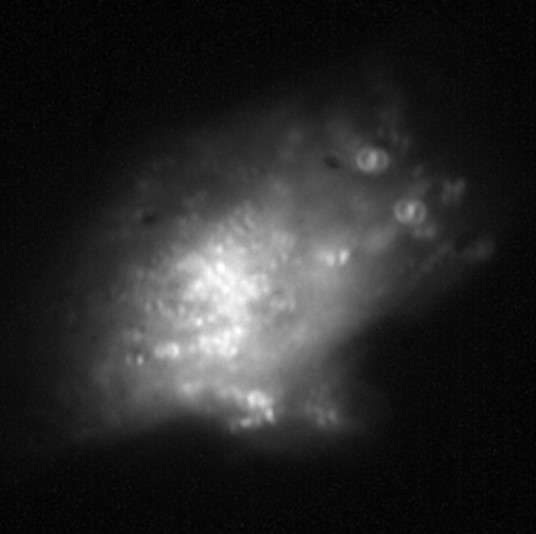 The final image was produced using Super-Temporally Resolved Microscopy (STReM). With an ordinary microscope, we can adjust the position of the slide relative to the objective to view different depths in the sample, but this movement slows down the imaging process. Using her lab’s home-built STReM microscope, Sarkar-Banerjee can get much faster information about the movement of early endosomes up and down relative to the plane of the slide: “the temporal resolution is close to 10 ms, it’s super-fast,” said Sarkar-Banerjee. This is because the microscope uses something called a phase mask to determine whether an object is moving up or down, rather than slowly moving the slide to get images at different depths.

Through these techniques, Sarkar-Banerjee has found that endosomal dynamics do change substantially between different states of cancer cells. Her lab’s collaborators at MD Anderson found that distinct cancer states are associated with changes in the paths traversed by the endosomes. “My findings have shown that those cancer cells have evolved an increased speed of endosomal transfer mechanisms close to the plasma membrane,” Sarkar-Banerjee said.

While Sarkar-Banerjee has long found satisfaction in using advanced imaging techniques to study basic cancer biology, her interests have shifted more recently. “A couple of years back, I was inclined to go into academia after my post-doc, but now my fulcrum is shifting. I now plan to join industry and explore more research areas where my research will be closer to the drug development phase that is really needed by the general community. In industry, I will be able to work in a faster-paced way, where I create my result and immediately pass it on to the next steps.” she said. “Both of my parents passed away due to lung cancer. I felt like I could not do enough to save them. That’s the guilt I will always carry, but at least they will be happy seeing me doing something for those in society who are in urgent need.”