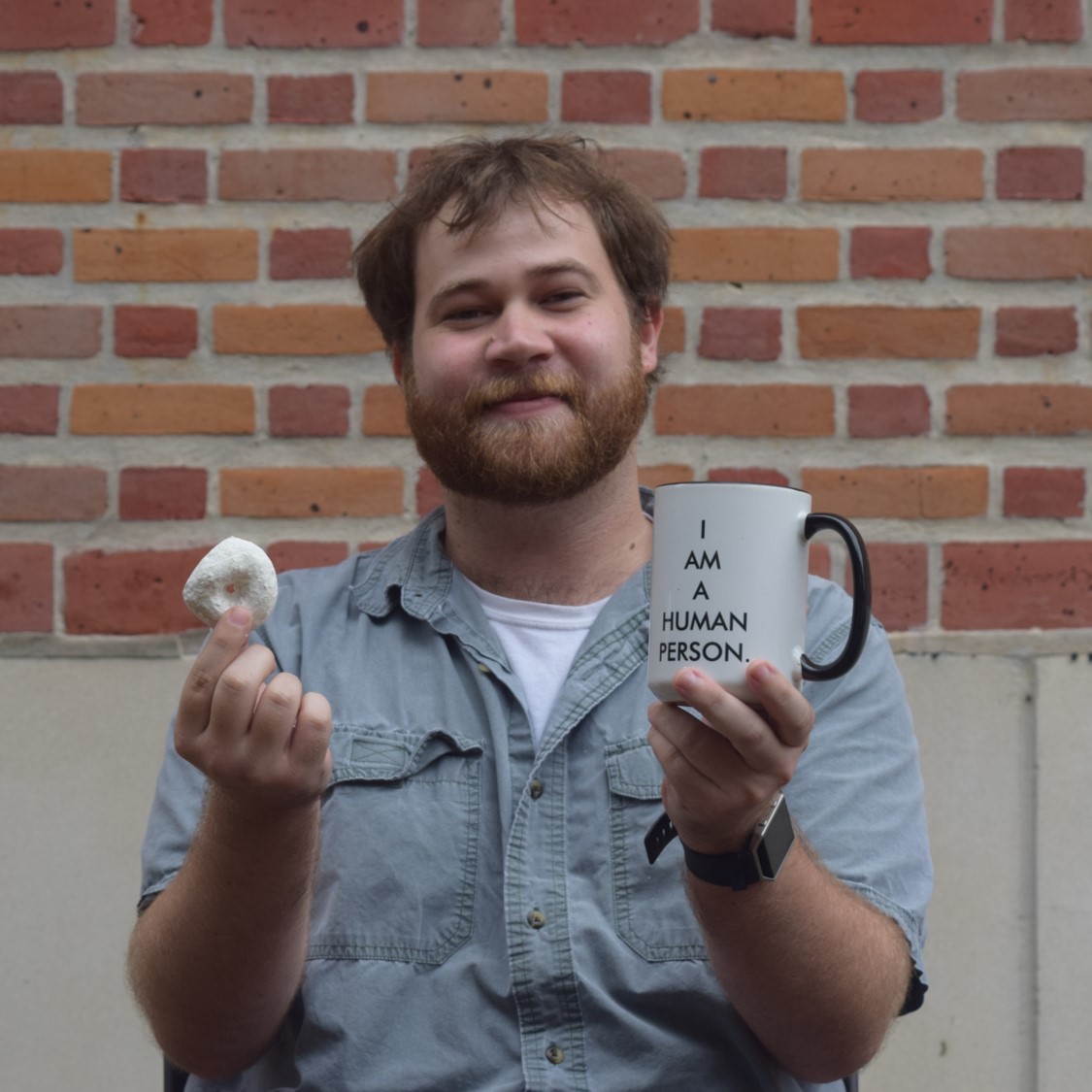 “My understanding of math is like a very fragile piece of china,” said graduate student Shawn Williams. “Every now and then it’ll break. My understanding of how everything in mathematics fits together will be shattered, and then I’ll have to put it back together. When I put it back together, I understand the little bits and pieces, but this is still not good enough. At some point, it’ll break into even tinier pieces, and I have to glue those back together. My math career so far has been putting back together this ever-more refined piece of china. And every single time, it becomes harder, but it becomes more enlightening.”

“As math students, we grow used to seeing proofs and algorithms printed in textbooks as if God just handed them to us that way,” said Williams. Because of this, the discovery of new mathematical truth may come to seem inaccessible to all but the greatest of minds. In fact, if we were privy to the process of creating that mathematical knowledge, we would find that it actually involves a great deal of failure. “Solving a new problem,” he said, “really means trying to solve it and failing to solve it, but each time you fail to solve it, you understand it better until one day the pieces falls into place.”

Williams studies low-dimensional topology under advisor Shelly Harvey. “Topology is like geometry, except that we don’t care about angles, or lengths or volumes, we only care about connections,” he explained. “So it’s all about how spaces are connected to themselves and what stays the same when you stretch it, push it, poke it — things like that.”

Topology stretches not only space, but also our understanding thereof. Mathematicians classify any object that looks like a flat, 2-D plane when you zoom in on it as 2-D. Such an object is called a “2-manifold.” If you were a tiny bug (or a somehow-sentient bacterium) on the surface of a basketball, it would look like a 2-D plane in the same way that the surface of the Earth looks like a plane to us humans. So, what we usually think of as a 3-D sphere is classified by mathematicians as a 2-manifold.

Visualizing the 3-manifold sphere takes a bit more effort, because it doesn’t fit into 3-D space. Instead, consider a 2-D analogy: “Think about taking a disk and then gluing the boundary all to a single point,” said Williams. “That would give you a 2-D sphere. To obtain a 3-D sphere, you do the same thing, just with a 3-D disk, so a solid ball.” Imagining yourself standing on the 3-manifold sphere may not be as difficult as you think. In the same way that a basketball looks like a plane when you zoom in, the 3-manifold sphere locally looks like “normal” 3-D space. Scientists don’t yet know what shape our universe is, but it could very well be a 3-manifold sphere.

Adding yet another dimension to the picture makes visualization near impossible and analysis more difficult. “Dimension four is the first case where you have manifolds that you can’t do calculus on,” Williams lamented “We live in a four dimensional space — the fourth dimension is time — so at its basis, this might just be God messing with us.”

In addition to low-dimensional topology, Williams also delves into knot theory, “It’s the study of how to tie up circles in ways that you can’t untie them,” he said. Knot theory proves extremely useful to mathematicians studying topology because it turns out that you can construct 3- and 4-D spaces using knots. For 3-D spaces, you can construct one space from another by cutting out a thickened up knot and then gluing it back in. The process is similar for 4-D spaces, but you have to cut and tie up balls instead of strings. Delightfully, mathematicians call this process “surgery.”

Knot theory and topology provide scientists and engineers with many tools for modeling the world around us. If we think of DNA and how it sort of wraps itself up in chromosomes, we can think of it as being knots or tangles and things like that,” Williams said. “And if you think about our brains, it’s all about how one neuron connects to the other neurons, and topology is all about how something connects to itself.” Recently, researchers have even applied topological techniques to city planning, where, connectedness determines which people can access which resources. “This is an actual application to help actual people in real life, and I just think it’s fantastic that the subject that I love so much can be used to improve life on this planet,” Williams said.

Williams came to love topology as an undergrad due to the combination of the people he was around and the sheer pleasure of things finally making sense.. But the moment he discovered that he truly was a mathematician happened much more recently. He described this rite of passage:

“Here in the math department, in order to proceed to actual mathematical research you have to take something called the advance exam, which is an oral exam where your advisor and another professor ask you questions about what you’ve been doing for the past couple of years. They do this for about an hour and a half. I was incredibly nervous for this. I don’t think at any moment in my mathematical career so far I ever really thought of myself as a mathematician, so I was walking in there prepared to fail, subconsciously. But when we really got into it, I was able to answer many of the questions with relative ease, and even when I didn’t know something I was able to slowly, surely figure it out. This was the moment that I convinced myself that I am a mathematician. I can do this.”