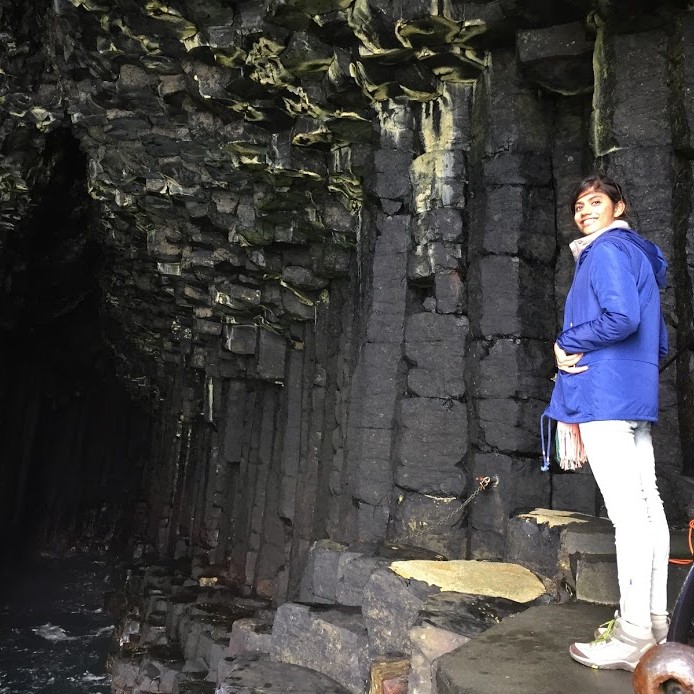 Asmita Banerjee’s aspiration to be an Antarctic explorer began when she saw a National Geographic feature on scientists in Antarctica working on climate change. Since then, Asmita, a graduate student from the Department of Earth, Environmental and Planetary Sciences working with Laurence Yeung, has dreamed of exploring Antarctica. Today, she does so on a regular basis—by cutting, melting, and capturing the gases that escape ice cores from Antarctica's glacial mountains.

Ice cores are cylinders of ice drilled from continental ice sheets. After complex analyses, they provide scientists a unique window into the climate and chemistry of a younger Earth. As a researcher, Asmita wants to know what the Earth was like a long time ago. Specifically, she is interested in the period between the last glacial maximum and Holocene, during which the climate changed abruptly. Scientists like Asmita are interested in how the Earth responded to these changes so that we can understand our current climate progression and predict how the planet will respond to drastic climatic changes in the future.

“The only way we can understand or predict what will happen in the future is by using climate models,” said Asmita. “And the only way to reliably develop these models is by constantly improving our understanding of the very complex system which is the climate.”

It’s not an easy task to predict temperature trends. Over the last 30 years, great strides have been made in the field of climate studies through ice cores and other means. However, the amount of predictive power we have in temperature dynamics has remained largely the same. For instance, the temperature increase due to CO2 doubling is predicted to range from 1.5-4.5°C. The margin of error associated with this prediction is too large despite tremendous progress in climate modeling. Asmita hopes to contribute to the improvement of climate prediction through her research with ice cores.

Asmita learned about ice cores in her undergraduate program. Ice cores can capture the temperature changes that drive evaporation and subsequently the transport of moisture from the oceans to the ice sheets. In doing so, they preserve isotope signals that can be used to infer the temperature changes. Although it was a new type of material to Asmita, ice cores are looked at in much the same way as other geological samples — like rocks. The fundamental idea is to work with samples from our planet to figure something out about the planet.

Ice from the Antarctic glacial mountains is not easy to get. So why go through the trouble? Polar ice tells scientists more about the climate on Earth than does ice from closer to the tropics because jet streams bring the air from all over the globe to the poles.

In addition, ice from glacial mountains experiences more pronounced climatic changes than does ice at the ground. Understanding how the climate on the ground affects conditions in high altitudes will contribute to higher resolution in climate modeling. The ice Asmita works with is from such high altitudes that the atmosphere and ozone leave tell-tale signatures. This extra layer of information about the air and clouds above the ice helps Asmita write a more holistic history of Earth.

Through her research, Asmita has unearthed stories about our planet’s past. Now, Asmita gets to tell us a true story about our Earth — one that begins a long, long time ago, when it was colder and different.