Invisibility and inequality of LGBTQ+ people in STEM

“Diversity programmes to develop the scientific workforce at both the US National Science Foundation (NSF) and the US National Institutes of Health (NIH) consistently leave out LGBTQ people. Although the NSF’s review criteria for trainee fellowships include the “development of a diverse, globally competitive STEM workforce” and the NIH’s diversity definition is predicated on evidence of under-representation, neither agency makes specific mention of LGBTQ people. The NIH explicitly accounts for minority ethnic groups, people with disabilities, women, and people from low-income families, but not LGBTQ people. In fact, the NSF’s analyses of STEM participation, widely used by funding agencies and universities, do not even track LGBTQ people. Thus, the data that could inform policy are not being collected.

Similarly, although most universities have non-discrimination policies for LGBTQ people, their diversity initiatives for recruiting faculty members and trainees typically omit us. Increasingly, faculty postings ask applicants for diversity statements, and trainees often wonder whether they should disclose their LGBTQ identity. The problem is that search committees might make assumptions that hurt LGBTQ applicants. And even if some members of search committees believe LGBTQ people provide a valuable form of diversity, that matters little if those candidates won’t receive benefits from the university’s initiatives.

Including those who identify as LGBTQ in mainstream diversity initiatives would encourage LGBTQ representation and send an official signal to the scientific community. Those appointing faculty members and lab personnel, or reviewing graduate applications, might be more willing to give us the benefit of the doubt (or, better, question the basis for their doubts). All of this, in turn, would lead to more peers and role models and ease challenges of invisibility.” 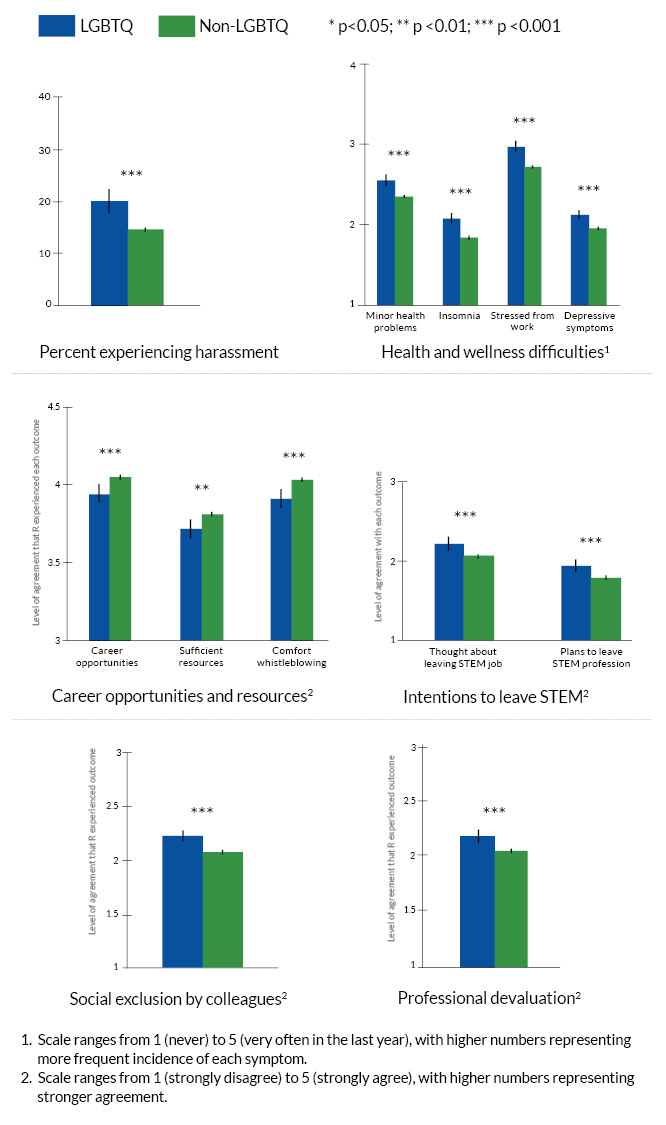